People fleeing from persecution are entitled to apply for asylum if they are already physically present in the United States.  Usually this is done, shortly after arrival in the United States or within reasonable time of experiencing changed personal our country conditions that led to the need to apply for asylum.  While persecution is not clearly defined, it usually means one must have a well founded fear that you more likely than not have been or will be persecuted based upon certain reasons like political opinion, national origin, religion, race, or some other characteristic that you are unwilling or unable to change.  Furthermore, the persecution must involve some government action or failure to act.

It is very important that an application for asylum be submitted within one year of entering the United States.  Failure to apply within one year could result in one’s inability to receive asylum.  The application for asylum is filed on USCIS Form I-589 and filled out and submitted with supporting evidence and a statement.  I suggest an attorney or other legally qualified professional review the statement and other issues stemming from filing an application.  Spouses and child can be included in this application if they are currently present in the United States.

The Asylum statement is one of the most valuable pieces of evidence.  It is important that the issues be discussed in the asylum statement and these issues support the elements necessary in asylum law.  Evidence is also important.  While a statement alone can be enough for the USCIS or Immigration judge to grant relief, evidence that supports your claim would make the asylum case stronger.  Birth certificates, marriage certificates, copies of every page in the passport are also included in the filing packet.

Asylum relief might be an option for those who are unwilling or unable to return home.  Every case is different and special.  This post does not replace any legal advice necessary and specific to the reader’s specific legal issues, asylum or otherwise. 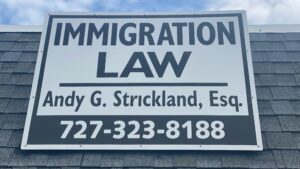 This link from the American Immigration Council discusses the asylum process: